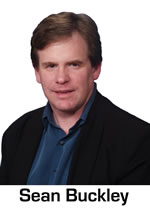 Verizon (NYSE: VZ) may still be one of the largest wireline telcos in the U.S., but it’s clear that the telco’s ongoing focus to trim non-essential assets and increase its market share in the wireless industry is driving it to consider selling some of its fixed line assets.

Stopping short of revealing any specific deals or markets, Verizon Chairman and CEO Lowell McAdam broached a potential sale of some of its wireline assets during this week’s Citi conference.

“There are certain assets on the wireline side that would be better off in somebody else’s hands so we can focus our energy on a narrower geography,” McAdam told investors.

But it appears that Verizon wants to take a more careful approach with any sale of wireline assets that it may do. Unlike the other deals it did with FairPoint and Frontier, where it sold assets that spanned multiple markets and states, it would consider selling only some markets in each state.

Verizon has had a long history of offloading wireline assets after its predecessor Bell Atlantic completed its multi-billion dollar merger with GTE, one of the largest non-Bell telcos, in 2000.

In 2008, Verizon sold off its northern New England lines to FairPoint. That deal, which immediately gave the North Carolina-based independent telco a presence in the Northeast, came at a dramatic cost. After purchasing the lines in 2008, FairPoint struggled with integration of the back office systems and eventually had to file for Chapter 11 protection in 2009. At one point, the Vermont Public Utility Commission threatened to revoke FairPoint’s license to operate in their state.

While Frontier did not suffer a similar fate, they were forced to rehabilitate rural access lines in 14 states that Verizon had largely abandoned before selling them off. In order to get permission to close the deal in 2010, Frontier struck an arrangement with the FCC and other local state regulators that it would make investments to upgrade the lines it purchased to improve basic landline voice service and increase the availability of broadband. Among those markets was West Virginia, one of the first markets to be converted to its network, where it committed to invest $310 million in the state’s local networks.

But the question remains: Who would be interested in buying Verizon’s wireline assets?

According to a Broadband DSL Reports post, there have been rumors floating around that Verizon would like to sell off its wireline assets in Texas, Florida and California to CenturyLink (NYSE: CTL).

A CenturyLink spokeswoman told FierceTelecom the company does not comment on rumors, while Verizon said it “had no comment on the rumor.”

Regardless, CenturyLink could be an interesting choice. CenturyLink, which has assets in parts of those markets, could potentially bolster their holdings there.

Like its predecessor company CenturyTel, CenturyLink has a long history of purchasing wireline assets from other service providers as a way to scale their business. In more recent years, the service provider made its most bold moves by purchasing not only Sprint local wireline spinoff Embarq, but also Qwest and cloud and colocation provider Savvis. This means the company has the experience to conduct both large and small scale deals so integrating pieces of Verizon’s assets would not be nearly as daunting as some of the larger deals it has made.

Another potential fit could be Frontier. The service provider already purchased Verizon’s assets in 14 rural states, so it has direct experience in working with Verizon to transition lines and back office into its own fold. Being a telco focused only on wireline, Frontier could potentially use the Verizon assets to extend broadband and even video services into more areas that it does not provide service to today.

Verizon is hardly alone in its desires to shed non-essential or regional assets.

AT&T (NYSE: T) sold off its Connecticut operations last year to Frontier, one that made sense for both service providers. Like Verizon, AT&T wanted to shed off one of its smaller properties, while Frontier enhanced its foothold in its home state with additional broadband and new facilities-based video capabilities.

Whatever parts of its assets Verizon decides to offload may still be in question, but the reality is that it shows the consolidation of the wireline industry segment will continue to be a major trend throughout 2015.–Sean